Indeed, the last few years have been a challenging and highly disruptive time in the logistics industry. The COVID-19 pandemic quickly highlighted pre-existing vulnerabilities within international supply chains, with various national lockdowns and restrictions leading to a global shortage of raw materials and goods that significantly reduced manufacturing output, in turn putting increased pressure on supply chains as firms began to seek alternative suppliers (and subsequently) logistical solutions. 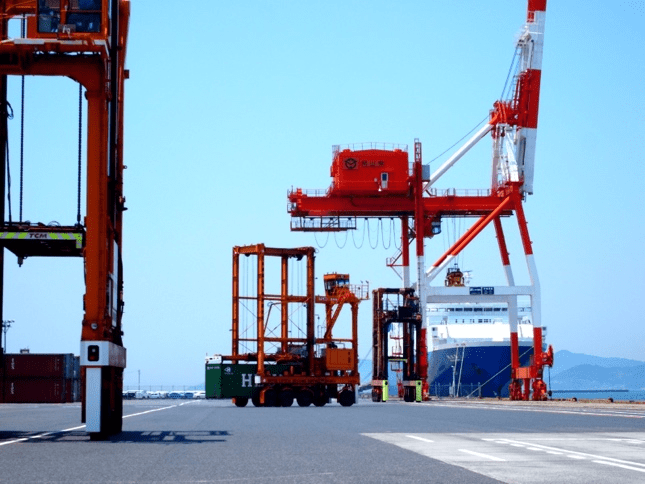 Companies operating in the life-sciences sector saw business boom (the largely essential status of their goods creating a market in which supply was largely able to keep up with demand due to an overall shift in national priority toward the delivery of those essential products), however business slowed in most other sectors – particularly in areas such as construction and retail, as workplaces shut down and people retreated into their homes.

In the UK in particular, the stresses on supply chains brought by the pandemic were only further exacerbated by Brexit (an ongoing process predating the pandemic), particularly at a human/individual level, with companies already struggling to operate with reduced staffing as a result of the need for many to self-isolate. Prior even to the pandemic, the UK was estimated to be facing a shortfall of around 76,000 drivers (source: Logistics UK), however this specific workforce issue was largely negated due to access to pools of workers from the EU – which incidentally saw an increase in driving staff of 450% between 2010-2017.

Access to this pool of EU drivers subsequently became a vital lifeline in the UK, subsequently damaged irreparably by Brexit as many of these drivers chose not to pursue settlement in the UK in favour of higher wages in mainland Europe. One of the defining moments of this crisis came during the much-publicised fuel shortage in 2021, with the British Army being drafted in to assist with the distribution of petrol supplies from port to pump.

As well as the workforce shortages, Brexit also led to broad increase in workload across the UK logistics space as new customs procedures and requirements were suddenly enforced. The terms of our exit from the EU were at best vague as negotiations with Brussels wore on, and its last-minute ratification and publication resulted in a scramble for logistics companies to make sense of new export rules and regulations and put in place solutions to ensure continued cross-border operation. 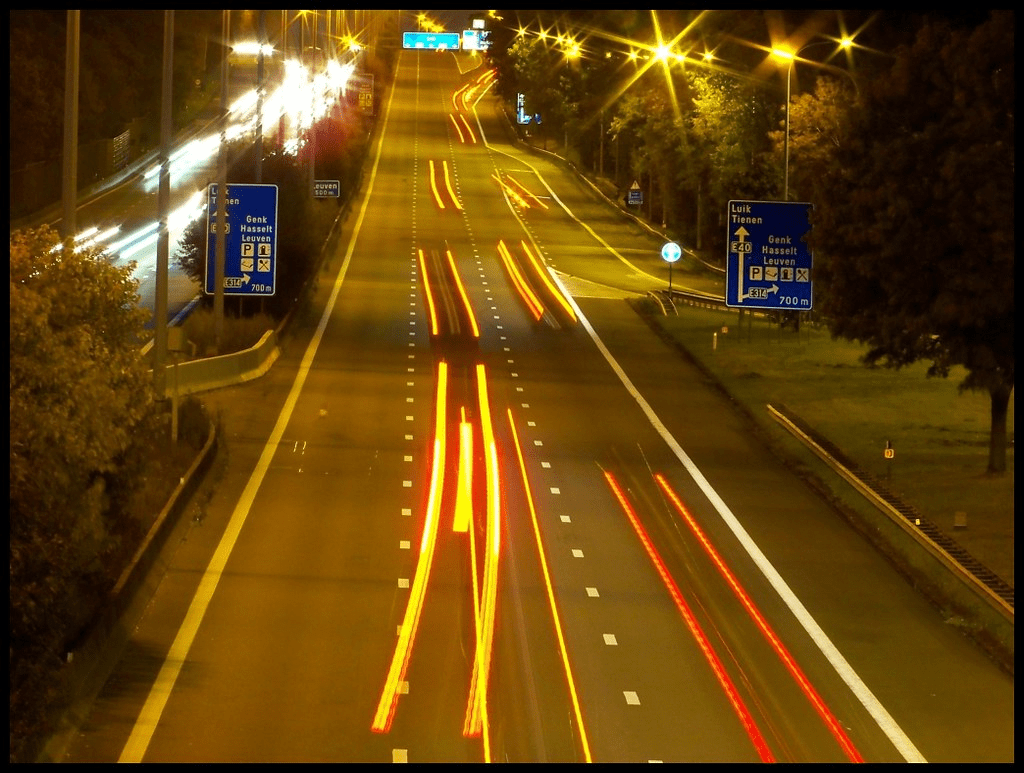 This represented a huge challenge to the logistics sector, as companies of all sizes struggled to comply with complex import/export paperwork and regulation existing where there had previously been little-none – with many companies having to invest in teams of customs agents, and quickly creating often overwhelmingly manual processes in order to cope with the change.

The perfect storm created by both Brexit & the Covid-19 pandemic resulted in the Logistics Industry moving towards the forefront of public attention – with companies such as Amazon cutting their commitment to next-day deliveries, supermarkets displaying empty shelves, and demand far outstripping supply across almost all sectors.

While we should all be proud of how the Logistics Industry quickly adapted to help the national effort against Covid 19, it is however clear that the industry at large was unprepared for the significant problems faced in the last few years, and the consequences of an overall failure to negate the disruption have never been so apparent.

More than anything else, the last few years have proven that technology and innovation are fundamental toward creating supply chains that are resilient and supple, rather than fragile and brittle. 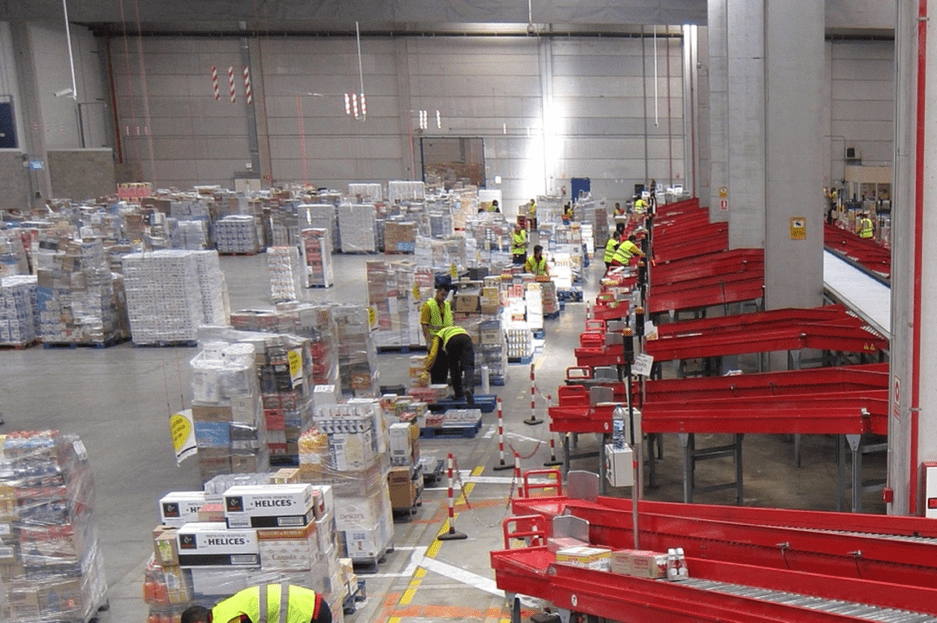 There is far too much reliance on antiquated processes, often involving an unnecessary amount of manual/human input. Data streams are too often segregated from one another, with siloed systems working in isolation from one another, rather than in tandem. Paperwork existing only in physical form, despite our existence in an increasingly digitised world.

The combined disruption to business caused by the perfect storm of Brexit and the Covid 19 has however resulted in a surge in technology investment, with tech investment growing by 230% in the UK in 2021, with the UK also accounting for more than a third of all tech investment in Europe: which at least demonstrates that most businesses have realised that they would rather be proactive rather than reactive in the face of future challenges, whatever they may be.

Tech start-ups, leveraging the power of Deep Technology, will play a critical role in the innovation renaissance currently underway in the UK, and particularly in Supply Chain.

Advanced AI can be harnessed to provide intelligent and powerful data analytics, converting the quantifiable into qualitative, and vice versa. Machine learning can be used to steer systems, resulting in increasingly effective and smart IT infrastructure. Robotics implemented in warehousing and transportation, reducing the need to rely on human operators and in turn allowing you to better utilise your staff.

Deep Tech represents a new frontier in the innovation world, and the possible applications of these technologies stretch as far as the imagination. At its core, Deep Tech is disruptive – built to deliver meaningful and high impact change, rather than shallow innovation that can only produce incremental improvement without ever addressing the fundamental flaws in a traditional business process.

We need only look to the example of Biontech – pioneers of the ground-breaking MRNA vaccine – to see the value we can all gain from disruptive deep technology: it’s very likely to have saved either your own life or the lives of those around you.

With the benefit of hindsight, investment in technology and innovation has never been more critical to the future success of supply chains, and their ability to adapt to an ever-changing world. Logistics firms now need to choose between securing their place in the supple supply chains of the future or becoming ever helpless in the crisis of tomorrow.

We use cookies on our website to give you the most relevant experience by remembering your preferences and repeat visits. By clicking “Accept All”, you consent to the use of ALL the cookies. However, you may visit "Cookie Settings" to provide a controlled consent.
Cookie SettingsAccept All
Manage consent

This website uses cookies to improve your experience while you navigate through the website. Out of these, the cookies that are categorized as necessary are stored on your browser as they are essential for the working of basic functionalities of the website. We also use third-party cookies that help us analyze and understand how you use this website. These cookies will be stored in your browser only with your consent. You also have the option to opt-out of these cookies. But opting out of some of these cookies may affect your browsing experience.
Necessary Always Enabled
Necessary cookies are absolutely essential for the website to function properly. These cookies ensure basic functionalities and security features of the website, anonymously.
Functional
Functional cookies help to perform certain functionalities like sharing the content of the website on social media platforms, collect feedbacks, and other third-party features.
Performance
Performance cookies are used to understand and analyze the key performance indexes of the website which helps in delivering a better user experience for the visitors.
Analytics
Analytical cookies are used to understand how visitors interact with the website. These cookies help provide information on metrics the number of visitors, bounce rate, traffic source, etc.
Advertisement
Advertisement cookies are used to provide visitors with relevant ads and marketing campaigns. These cookies track visitors across websites and collect information to provide customized ads.
Others
Other uncategorized cookies are those that are being analyzed and have not been classified into a category as yet.
SAVE & ACCEPT